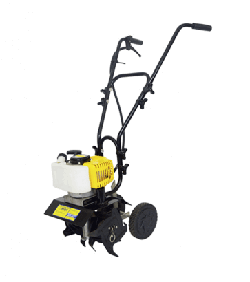 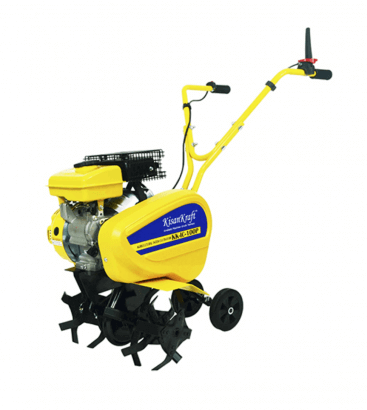 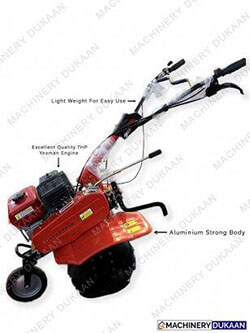 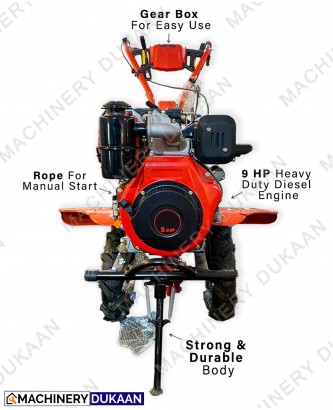 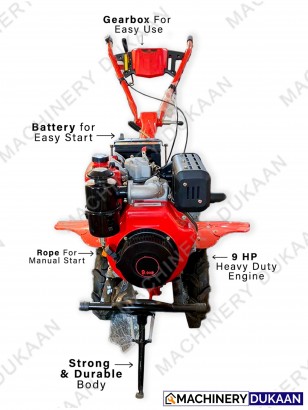 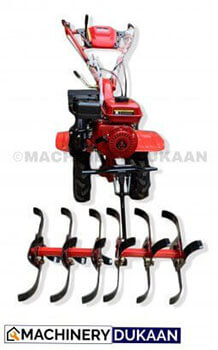 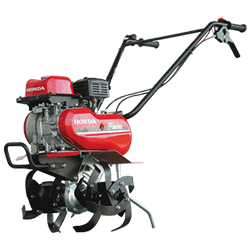 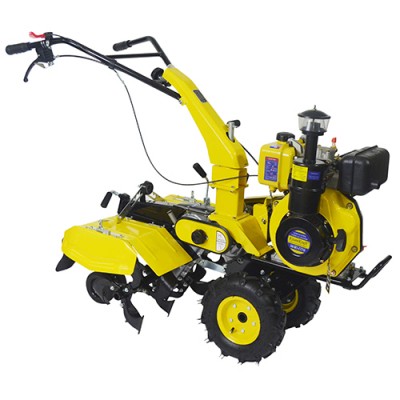 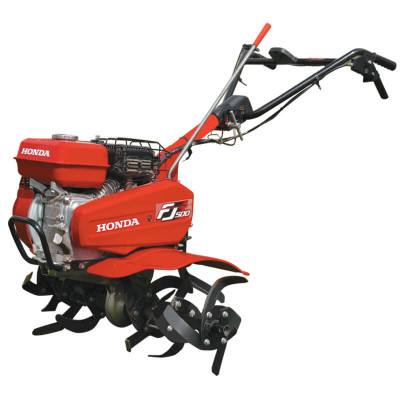 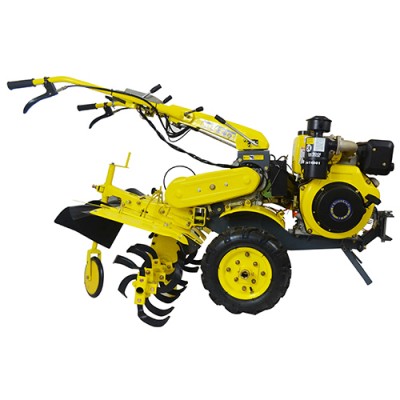 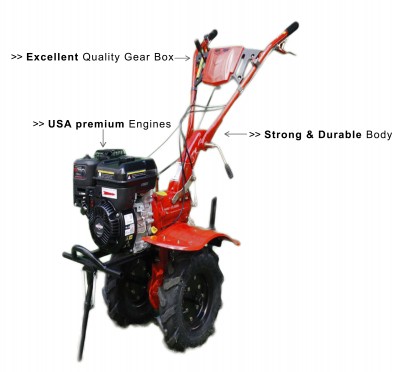 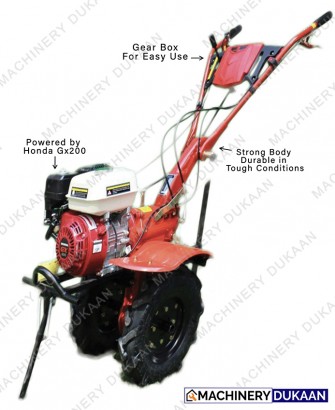 Power Weeder / Power Tiller is a Machine used in agricultural Fields for Various Purposes. Power weeder / Power Tiller is used for breaking down the soil so that air passes through the soil making it more fertile.
It Replaces the standard orthodox methods which are time-consuming and inconsistent and does them efficiently and saves time and energy.

Power Weeder can be of TWO Types  according to the engine

-Ploughing the soil evenly (JutaeeUpkaran)
-Removing weeds from the ground (NirayiUpkaran)
-Swift Tilling & Digging of the soil by breaking the soil and making it more fertile. ( KrishiYantra / KrishiUpkaran )
-Efficient and Uniform Soil Leveling

We at Machinery Dukaan Provide Our Customers  Power Weeder from the world’s best Companies to help you grow such as Honda, Briggs & Stratton, Yeoman, KisanKraft, Greaves, Rover Etc.
Power Weeder is widely used in All over India Specially in Places such as  UP, Rajasthan, MP, Haryana, Andhra Pradesh,  Bihar, Jammu, And Kashmir  (J&K)  Etc. so now get Power Weeder Machine in all over India. So, now get Power Weeder in Up.
It comes with various Power weeder Attachments and Accessories like Leveller, ridge, paddy wheel, rotary, plougher, etc. Spare parts are also available with us.